Is Your Produce Contaminated? 2019 Dirty Dozen and Clean 15 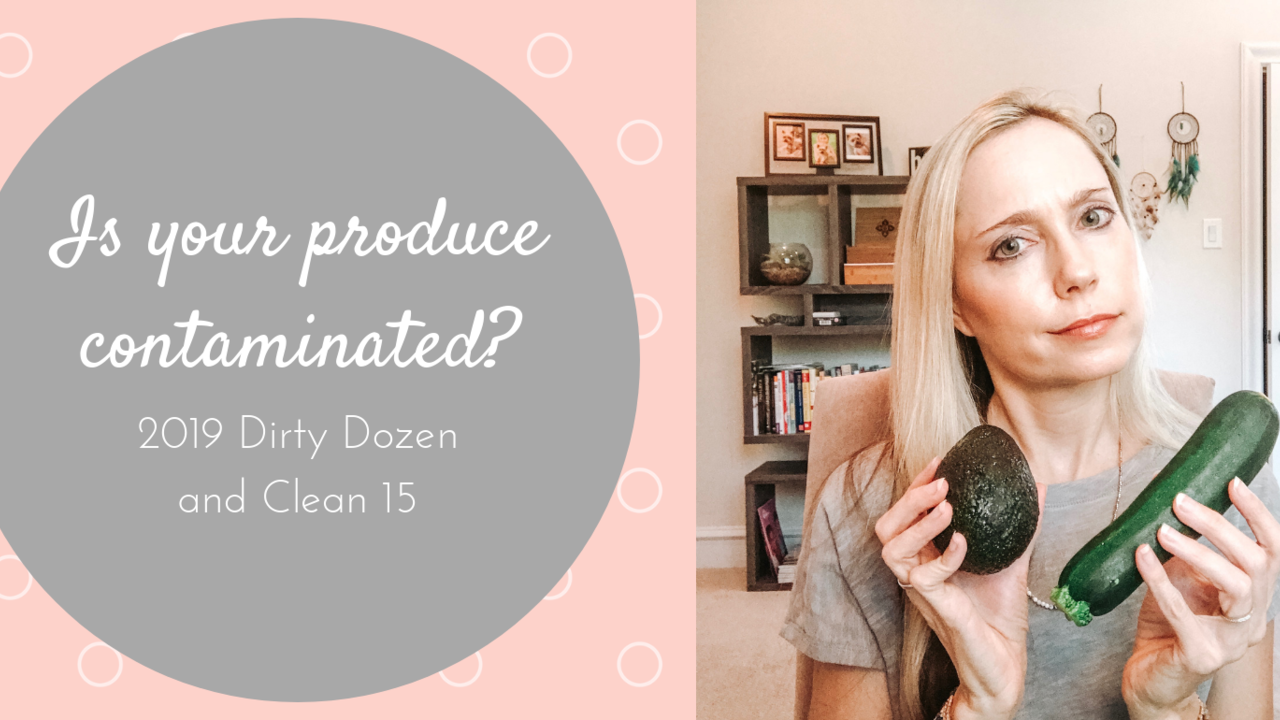 Every year, the EWG (environmental working group) puts out shoppers guide to pesticides in produce and provides the dirty dozen and clean 15. The dirty dozen are the most contaminated conventional produce items and the clean 15 are the cleanest, least toxic.

The Environmental Working Group’s mission is to empower people to live healthier lives in a healthier environment.

They are a non-profit, non-partisan organization dedicated to protecting human health and the environment.

They educate consumers on a variety of important topics like what’s in your tap water? What about your shampoo and makeup? What’s lurking in the cleaners underneath your sink? What pesticides are on your food?

This produce report is updated every year since 2004, ranks pesticide contamination of 47 popular fruits and vegetables. The guide is based on results of more than 40,900 samples of produce tested by the U.S. Department of Agriculture and the Food and Drug Administration.

Nearly 70 percent of the produce sold in the U.S. comes with pesticide residues. A variety of pesticides have shown to have carcinogenic (cancer-causing) and neurotoxic properties as well as impact fertility.

The most surprising news from the USDA tests reveals that the popular health food kale is among the most contaminated fruits and vegetables. More than 92 percent of kale samples had two or more pesticide residues detected, and a single sample could contain up to 18 different residues.

The most frequently detected pesticide, found on nearly 60 percent of kale samples, was DCPA – classified by the Environmental Protection Agency since 1995 as a possible human carcinogen, and prohibited for use in Europe since 2009.

Overall, the USDA found 225 different pesticides and pesticide breakdown products on popular fruits and vegetables Americans eat every day. Before testing, all produce was washed and peeled, just as people would prepare food for themselves, which shows that simple washing does not remove all pesticides.

Now here’s the list of the fruits and vegetables that have few, if any, detected pesticide residues.

The other thing to be aware of are GMO crops. GMO’s such as starchy field corn and soy are primarily found in processed foods. GMO foods are not often found in the fresh produce section of American supermarkets. According to the USDA, a small percentage of zucchini, yellow squash and sweet corn is genetically modified.4 Most Hawaiian papaya is GMO. Genetically engineered apples and potatoes are also starting to enter the U.S. market. The best option to avoid GMO’s is to buy organic.

Key take-away – when it comes to deciding which produce items to purchase organic, always opt to organic varieties of the dirty dozen. If you’re going to buy conventional produce, opt for the items in the clean 15.