Why this Essential Oil Could be More Effective than CBD Oil 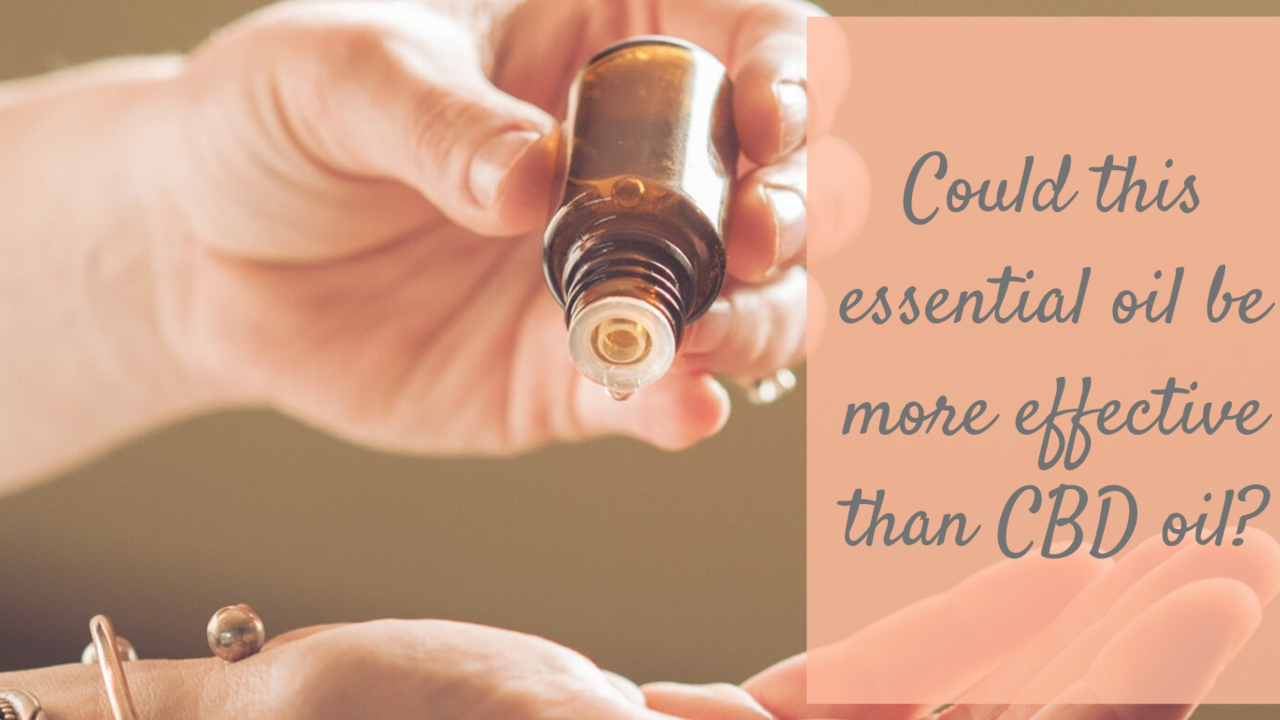 CBD oil is all the rage these days and for good reason. High quality, pure CBD oil has shown promising health benefits. But what is CBD and how does it support the body? And if you’re not getting the desired results from CBD oil, is there another option that may work better for you?

What Is a Cannabinoid?

Perhaps you have heard the term CBD which is a cannabinoid. The term cannabinoid refers to any compound that triggers your endocannabinoid system by activating its receptors. Cannabinoids are produced naturally in your body, but they can also come from other sources.

How Do Cannabinoids Work?

CB1 receptors are found mainly in the brain and throughout the central nervous system. They are primarily associated with pleasure and reward pathways.

Have you ever felt the famed “runner’s high”? You can thank your endocannabinoid system for that. After a period of strenuous exercise, the body begins to produce an endocannabinoid called anandamide.

Cannabidiol (CBD) is a compound found in cannabis. CBD does not have the same psychoactive properties as THC. CBD directly interacts with CB1 and CB2 receptors, but the interaction is so weak it is inconsequential. CBD does still affect your endocannabinoid system, but it actually affects it indirectly and by a different mechanism than most cannabinoids.

CBD acts on an enzyme called fatty acid amide hydrolase (FAAH). FAAH breaks down the before mentioned anandamide. CBD slows down FAAH’s activity, which leads to increased levels of anandamide in the body.

Other ways to boost the health of your endocannabinoid system.

Beta-caryophyllene (BCP) is a sesquiterpene found in hundreds of different plant species. It is also known as a cannabinoid because it interacts directly with CB2 receptors around the body, soothing tissues and helping to manage healthy inflammatory responses. Remember that any compound (group of molecules) that acts on either or both of the cannabinoid receptors is a cannabinoid. BCP does not affect CB1 receptors and there is no risk of psychoactive effects.

We know that BCP activates CB2 receptors directly. This means that you can have confidence and assurance in BCP’s ability to interact with the endocannabinoid system. Additionally, knowing exactly how BCP triggers the endocannabinoid system (by directly activating CB2 receptors), we are able to collect more reliable information about dosage and effects than we can at this point with CBD.

What Is Copaiba Oil Used For?

With a pleasant, spicy, and woody aroma, Copaiba oil can help calm emotions and soothe anxious feelings. It is a wonderful oil to turn to at the end of a stressful day.

Can Copaiba Oil Be Taken Internally?

Copaiba oil also has a plethora of benefits when taken internally. The main constituent of Copaiba oil is Beta-caryophyllene, which is also present in Black Pepper essential oil and helps soothe anxious feelings. In addition to its emotional benefits, Beta-caryophyllene promotes healthy nervous, cardiovascular, and immune system function.

The oil also contains powerful antioxidants that boost immune health. Copaiba oil is a well-loved oil because it relieves discomfort and promotes overall health, supporting people to feel and live their best.

Due to its beautifying effect on the skin, Copaiba oil is widely used in cosmetics. To promote a clear, smooth complexion, Copaiba oil may be combined with Cedarwood and diluted with Fractionated Coconut Oil and applied topically.

Can You Diffuse Copaiba Essential Oil?

Diffusing or inhaling Copaiba oil is deeply relaxing and soothing. Add a few drops to a diffuser for emotional support. For increased cellular support, take internally alone or with Frankincense. For digestive support at mealtimes, take with Peppermint.

I would love to hear from you. Have you experienced significant health benefits from either CBD or copaiba essential oil?